Just wanted to point something out, particularly to a newer trader.

A reversal day with a weak close, in a downtrend, after a correction… is my strong strong sell signal. Fridays reversal day in the NQ and S&P was a classic set-up. The break below Fridays low being the confirming signal of lower prices ahead. The odds of a re-test of other current lows are very very high, IMHO.

This is a good example of how end of day analysis of the daily chart can help not only position traders, but daytraders as well. The break below Fridays low was the confirming signal. After this occured at 10:00 EST (which also coincided with the break below the first 30 min low, a bearish intra-day signal of mine)… I had a strong downward bias. 10:30 was the first sell signal after this with the retrace and test of Fridays low as resistence.

Some of my readers are familiar with the term *Multiple time frame analysis*. Sound a little complicated but it is in fact a simple and effective technique to gain a *birds eye view* of current price action. As I have said before, the markets are fractally symmetrical and multi-layered, displayed the same habitual patterns of behavior across many time frames. Being aware of multiple time frames allows one to observe a breakout or trend in one time frame… and how it can ripple across the other time frames. In this manner we not only have a way of developing a directional bias in the respective time frame that is being traded, but we also have a way of measuring the quality of the trend and momentum. In the current example of the S&P from Friday to this morning – looking at the 60 minute chart we see that on Friday the S&P broke key support. The other key number was 1323 which was taken out this morning.

A reversal day with a weak close, in a downtrend, after a correction… is my strong strong sell signal.In my daytrading I also use *intraday momentum numbers* as key S/R levels that are market generated. In other words, these particular numbers become apparent only after the open and serve as a momentum indicator of sorts based purely on price action and simple math.

Todays first momentum number for support was 1323… which happens to coincided with the 1323 support level I had coming into the day (1323 being a 38% rtrcmnt level from the last upswing). This *confluence of support* made it a more reliable number.

(BTW, my second negative momentum number is 1315, which now acts as resistance, which I used to sell just now at 12:03 as I write this…)

For continuation, see part two of this rather long original article. 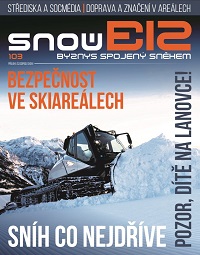